“You just have to believe us when we tell you: This is the most ingenious book Arne Dahl has ever written.”
/Brigitte, Germany

“The new zenith of the Swedish crime novel – the sequel will be awaited with impatience!”
/Bücher, Germany

“Arne Dahl rushes his readers through the novel. The whole story takes place in a mere two weeks. Again and again, the reader is surprised with sudden twists in the plot, which works as precisely as a Swiss clockwork.”
/Hannoversche Allgemeine Zeitung, Germany

“One thing his new work definitely does not lack is suspense: 416 entertaining pages, on which almost every certainty is turned on its head. And once you reach the last page, the suspense doesn’t ebb away – you immediately want to grab the sequel.”
/Mitteldeutsche Zeitung, Germany

“Arne Dahl presents a nerve-wracking crime novel yet again, a novel that is riveting up to the very last page.”
/Freundin, Germany

“We are used to the intricacy of the plots that Arne Dahl weaves, but in his new novel he has reached a new level of virtuosity. It’s not a surprise that the Swedish critics are raving.”
/Südwest Presse, Germany

“Arne Dahl has mastered the art of captivating the reader in this logically crafted yet constantly, till the very last page, surprising story.”
/Ruhr Nachrichten, Germany

“A masterfully constructed plot by one of Sweden’s most skilled crime fiction authors. The design is classic but with that extra little twist that maintains the suspense till the end. ”
/Verdens Gang, Norway

“Arne Dahl: conspires like Stieg Larsson, writes like Henning Mankell. Watching You is a brilliant thriller. On the Scandinavian crime fiction scene Arne Dahl’s Watching You sticks out with a big, positive exclamation mark. /…/ Arne Dahl takes the genre seriously and writes crime fiction with fine details, surprising turns and psychological insight. Furthermore, he knows how real suspense is achieved – in the expectation of what will happen. /…/ With Watching You Arne Dahl takes on the fight for the title of heavyweight champion in Swedish crime fiction. ”
/OP-5, Norway

“Masterful suspense that will mean Dahl’s big international breakthrough. /…/ Watching You offers everything you could desire in traditional suspense, clever plot, and intricate murder weapons and instruments of torture, but in addition has a literary quality that elevates it high above the current crime fiction standards.”
★★★★★★
/Adresseavisen, Norway

“As can be expected from Arne Dahl, there are countless surprises and a faceted and rising suspense /…/ We can hardly wait to hear more from Berger & Blom.”
/Politiken, Denmark

“Arne Dahl is, with his previous series about Intercrime and Opcop, a hardened crime fiction author with the skills it takes to build suspense. This is done brilliantly also in his new novel, which moreover has finely crafted and realistic dialogues.”
/Nordjyske Stiftstidende, Denmark

“Arne Dahl is, as usual, capable of devising a diabolic plot and mobilizing considerable linguistic power for its fulfillment. In crime fiction it’s the exception rather than the rule that the language is worked on in such a conscious and virtuous way. The pace is ferocious, and that one week in October, when the events take place gives neither Berger nor the reader a single break.”
/Jyllands-Posten, Denmark

“Watching You is promising for the upcoming books about Sam and Molly. ”
/Kristeligt Dagblad, Denmark

“Arne Dahl has not lost his courage nor ability to challenge his readers, maintaining the suspense and experiment with language and style, all the while creating a great story. /…/ [Watching You] makes an outstanding crime fiction novel. ”
★★★★★
/Extra Bladet, Denmark

“Some good advice from the start: write down the names, Sam Berger and Molly Blom. Because we’ll hear more about them. /…/ The story is riveting and well-told. At first glance, the novel seems brutal and violent, but when you think through what Arne Dahl is really writing, one must recognize that’s not the case. This is not a splatter novel. Arne Dahl is just letting the readers’ imagination take over, and inside of us resides cruel visions /…/ It takes a great author to do that. ”
★★★★★
/Fredericia Dagblad, Denmark

“Arne Dahl is probably one of the most talented guys on the other side of the strait. He makes magic and he provokes. ”
/Lokalavisen Østerbro, Denmark

“Dahl has taken a break from Nordic Noir’s panoramic social dystopias (of which there’s a certain excess on the market) and instead goes for the close-up and hand-held camera approach. The result is refreshing, and the novel’s structure and flow give the reader something to chew on as well as amazing entertainment value. It’s as if we’ve been blessed with an all new Swedish suspense author, experienced and sure to sell, but brave enough to deviate from their own established recipes for success.”
/Affärsmagasinet Forum, Finland

“Arne Dahl is an exceptionally skilled plot weaver and Watching You is exceedingly elegantly constructed. Each step should be questioned, every character’s word doubted. /…/ Watching You possesses something like the dramaturgy of TV series and is at times as thrilling as Hans Rosenfeldt’s Danish-Swedish television series The Bridge.”
/Dagens Nyheter, Sweden

“I will say it straight away: Arne Dahl’s new crime fiction novel Watching You is absolutely excellent and I have, despite the fact that the year has only just begun, a hard time seeing The Swedish Academy of Crime Writers selecting any other novel for the Novel of the Year Award.”
/Helsingborgs Dagblad, Sweden

“[Arne Dahl] is a master at creating atmosphere and in absorbing readers into a world, only to completely change it and give it a twist.”
/Skånska Dagbladet, Sweden

“Strictly plot-wise Arne Dahl’s Watching You is a serial killer novel, but a greatly electric one. /…/ Arne Dahl’s new crime fiction series lives up to the readers’ expectations.”
/Göteborgs-Posten, Sweden

“Watching You by veteran writer Arne Dahl is incredibly well-written and evocative from page one. The characters are credible and the scenery and emotional depictions so true to life you can feel them reverberate throughout your body as you read. Exactly how a consummate crime fiction novel should be.”
/BTJ, Sweden

“Arne Dahl breathes new life into the art of crime fiction /…/ Classic yet intelligent, intelligent yet beautifully crafted, it’s everything at once. Watching You is an excellent piece of Swedish – and for that matter international – crime fiction craftsmanship. ”
/Västerbottens-Kuriren, Sweden

“Arne Dahl is an accomplished writer, no doubt about it. Few can create a feeling of suspense – the undeniably most important element in this genre – like he, but he also knows how to with a near poetic language depict the story’s setting.”
/Borås Tidning, Sweden

“Arne Dahl (the pseudonym of Jan Arnald) is one of the nation’s most skilled thriller writers. He knows how to create suspense with small means, his prose flows and is at once intricate as well as lucid. The unexpected plot twists makes the book hard to put down before the last page is read.”
/DAST Magazine, Sweden

“The pace is break-neck, and the skilled Dahl succeeds in tying together an excellent story with – of course – a brilliant cliffhanger.”
/Skaraborgs Allehanda, Sweden

“A gripping reading in a new thriller series /…/ The prose is precise and the presence total. The plot is cinematic – fast-paced, smart and deliberate with ingenious twists and turns that add to the depth of the novel and open up new dimensions. The cliffhanger at the end makes me hope that the author will write the sequel quickly, since I’d love to meet Berger and Blom again soon!”
★★★★★
/LitteraturMagazinet, Sweden

“Arne Dahl is a masterful crime writer, with an unfailing talent for building suspense. And moreover with a language that beats almost all in the genre, with well-constructed dialogues, smart reflections, and landscape depictions where the never-ending rain heightens the feeling of unease. /…/ Watching You is a journey through a dark and frightening landscape, where the author adds spice in the form of clues from Sam Berger’s past, without ever telling too much. /…/ It’s skillfully executed. Skillfully and elegantly.”
/VLT, Sweden 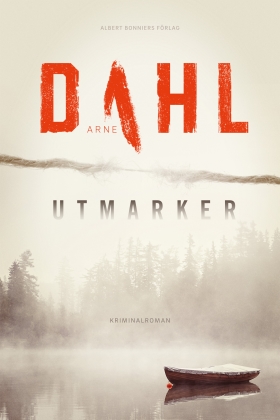